The first step in collecting restitution was a Federal order establishing an account for deposited funds. Either at sentencing or prior to, funds should be made available in this account for Seminole County to collect restitution. If the funds are unavailable, the County Attorney’s Office, if approved by the Board of County Commissioners, will further pursue the payments owed.

The amount expected to be returned to tax payers was derived from Seminole County’s audit of Greenberg’s administration. 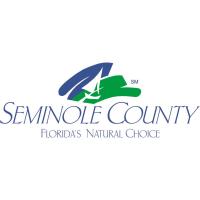