U.S. Small Business Administration to formally recognize Vega on May 25

Orlando, Fla. (April 19, 2022) – Indy Vega, the founder and CEO of CCI Group, has been named the State of Florida Minority Business Owner of the Year.

The recognition truly showcases the accomplishments of Vega, who immigrated as a college student to the United States and has built one of Central Florida’s largest translation and interpretation companies.

“Sometimes an accomplishment just takes your breath away, that you just can’t believe it is real,” Vega says. “I’m so proud of our team and how after years of working to build something so important – providing language access for all – we are being recognized on this level.”

Each year, the Small Business Administration opens nominations to recognize the best companies in Florida in eight different categories. First, a company must be named the best in their district, Orlando is in the North District, and then compete with a panel of judges throughout the state.

“Our small businesses have been hurting for the last couple of years due to the pandemic, and some of them had to close their doors, but many thrived due to their resourcefulness and dedication,” stated District Director J. Malcom Richards in a release. “We celebrate all the hard-working small business owners and congratulate our district winners on their respective titles.  We also thank and congratulate the advocates that have helped our small businesses during a very difficult time.”

Vega started her career as 911 operator for the Clearwater Police Department after immigrating from Colombia. After watching a certified interpreter in court for the first time, she decided this is what she wanted to do for the rest of her life.

She worked in the 9th Judicial Circuit until founding her company in 2011. Today, CCI Group works with courts, schools, law firms, governments and more to provide language access throughout Florida and Georgia. She recently started offering remote simultaneous interpretation services, which were offered at the recent Seminole County Chamber’s State of the County and at the Central Florida Hotel & Lodging Association’s Pineapple Awards.

Vega is also a client company of the UCF Business Incubation Program and has worked with many of the programs offered by the SBA and is an active participant in the Procurement Technical Assistance Centers.

“One thing that amazes me is how many resources there are in this community to help business owners like me,’” Vega says. “This is truly something I will cherish the rest of my life. There are so many fantastic minority business owners throughout the state, I would not have won without the help and guidance of so many people and groups.”

For more information, please contact:
CCI Group: Alan Byrd, Alan Byrd & Associates, 407-415-8470, Alan@ByrdConnections.com
About CCI Group: Founded in 2012, CCI Group is committed to revolutionizing language services and how they are rendered enabling companies, governments and courts to create, translate and deliver relevant and personalized content to support its clients’ mission and vision.  The company provides interpretation services in more than 200 languages, including American Sign Language. Language services are only performed by native speakers of the target or dominant language and they undergo strict testing and training procedures prior to supporting any client. To learn more, please visit MyCCIGroup.com/ 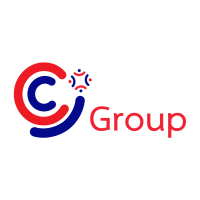