Crooms Academy of Information Technology and Sanford Middle School, S.T.E.M. Magnets have both been named National Magnet Schools of Excellence by Magnet Schools of America, the national association for magnet and theme-based schools.

The Principals will be recognized and receive a National Magnet School of Excellence Merit Award on behalf of their school during an awards ceremony held at Magnet Schools of America’s 38th National Conference hosted by Clark County School District in Clark County, Nevada, April 13-17, 2020.

To receive a national merit award, members of Magnet Schools of America must submit a detailed application that is scored by a panel of educators. These schools are judged and scored on their demonstrated ability to raise student academic achievement, promote racial and socioeconomic diversity, provide integrated curricula and instruction, and create strong family and community partnerships that enhance the school’s magnet theme. 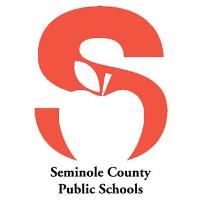