NASHVILLE,  TENNESSEE-  IBERIABANK  (www.iberiabank.com),  the  132-year-old  subsidiary  of
IBERIABANK Corporation, is pleased to announce that Peggy Dold has been named Senior Vice President
and  Director  of  Music  and  Entertainment  in  Nashville  Tennessee,  a  division  of
IBERIABANK’s Sports & Entertainment Banking.

Dold joins IBERIABANK with over 20 years of experience in the music and entertainment industry. Her
career has aligned her with work in both the Anglo and Hispanic music markets in New York, Miami,
Los Angeles, and Nashville, as well as in global markets outside of the United States.

“We are very pleased to have Peggy join our team,” says Alex Hernandez, IBERIABANK Managing
Director of Sports and Entertainment Banking. “She is a highly respected executive in the music
industry with years of experience and is a great addition to our team of experts covering all music
genres.” 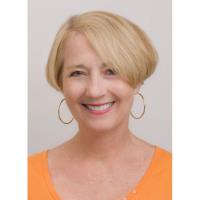