We recently announced Universal’s Epic Universe, our company’s newest theme park destination and single-biggest-ever investment in Florida. We thought it was great news for our company, our team members and our community.

So how much of all this are you hearing about?

If you rely on media coverage, you may not be getting all the facts.  Forces from outside our community are using this to serve their own agenda.  And the media is giving them the platform to do so.

We are always interested in what our neighbors have to say and we have long worked to build close relationships with the communities around us.  We’re holding meetings with residents from Tangelo Park and Williamsburg about Epic Universe right now.

But many of the opinions you are hearing come from local representatives of a national labor union based in New York.  One of our most consistent critics – who has been quoted in this newspaper and on television – sits on the union’s local executive board. We have also watched organizers coach people on what to say in community meetings.

Why is a union whose members are predominantly Walt Disney World employees organizing against us?  We’d guess it has to do with their own agenda – which probably involves growing its dues-paying membership base.

By the way - do we have an agenda?  Sure.  We want to build an amazing theme park destination that benefits our company, our team members, our community and our guests.

We have long worked to make sure everything we do is good for our team members and our community.  Don’t just take our word.  Ask any of the organizations we partner with in town.  For example, ask A Gift for Teaching.  Ask the Boys & Girls Club of Central Florida.  Ask Habitat for Humanity of Orange and Osceola County.  Ask Second Harvest Food Bank.  Ask City Year Orlando.  Ask the teachers and students at Eccleston Elementary School.

All we’re asking of you is this: as you follow coverage of Epic Universe or watch elected officials make decisions about our project, recall the facts I’ve shared.  Think about why the others are trying so hard to be heard.  And then decide for yourself. 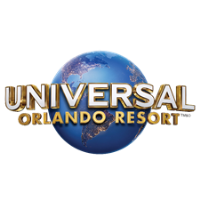