-The Baskets for Books program has donated more than 50,000 books to Early Learning Coalition since program inception-

Orlando, Fla. (June 22, 2020) — In a continuing effort to develop lifelong learners through literacy and education, the Orlando Magic and Florida Blue are teaming up to celebrate the 10th anniversary of the Baskets for Books program by offering a virtual children's book, STUFF & SUNNY Take Flight. The children's book features the unique, encouraging friendship of STUFF the Magic Mascot and SUNNY the Florida Blue mascot. The book was distributed to Orange County Public Schools' (OCPS) elementary school youth, and will be sent to Magic season ticket holders, premium partners, and through the Magic's eNews subscribers. Children will receive a digital narrated version of the book as well as a PDF e-book to read along. Both can be found on the kid's page of the Magic website, https://www.nba.com/magic/youth/game-time.

The Baskets for Books program presented by Florida Blue donates one book to the Early Learning Coalition of Orange County for every point made at a Magic home game. Since program inception 10 years ago, more than 50,000 books have been donated to the Early Learning Coalition. More than 4,500 books were donated last season with the help of Houghton Mifflin & Harcourt Publishing Company.

In addition, the Magic and Florida Blue have participated in Orange County Library System's Summer Reading Program over the last three years and offered youth ages 6-12 a chance to receive Magic tickets during the upcoming seasons for submitting five book reviews online through the library's reading program. The two also took part in the Orlando Public Library’s Summer Reading Celebration, the culminating event, with Magic Community Ambassadors Nick Anderson and Bo Outlaw joining in the celebration.

About Florida Blue
Florida Blue, Florida’s Blue Cross and Blue Shield company, has been providing health insurance to residents of Florida for 75 years. Driven by its mission of helping people and communities achieve better health, the company serves more than 5 million health care members across the state. In total, Florida Blue and its affiliated companies serve 27 million people in 35 states. Headquartered in Jacksonville, Fla., it is an independent licensee of the Blue Cross and Blue Shield Association.
About the Orlando Magic
Orlando's NBA franchise since 1989, the Magic's mission is to be world champions on and off the court, delivering legendary moments every step of the way. Under the DeVos family’s ownership, the Magic have seen great success in a relatively short history, winning six division championships (1995, 1996, 2008, 2009, 2010, 2019) with seven 50-plus win seasons and capturing the Eastern Conference title in 1995 and 2009. Off the court, on an annual basis, the Orlando Magic gives more than $2 million to the local community by way of sponsorships of events, donated tickets, autographed merchandise and grants. Orlando Magic community relations programs impact an estimated 100,000 kids each year, while a Magic staff-wide initiative provides more than 7,000 volunteer hours annually. In addition, the Orlando Magic Youth Foundation (OMYF) which serves at-risk youth, has distributed more than $25 million to local nonprofit community organizations over the last 30 years. The Magic’s other entities include the team’s NBA G League affiliate, the Lakeland Magic, which began play in the 2017-18 season in nearby Lakeland, Fla.; the Orlando Solar Bears of the ECHL, which serves as the affiliate to the NHL’s Tampa Bay Lightning; and Magic Gaming, of the NBA 2K League, which began play in the spring of 2018. The Magic play their home games at the award-winning Amway Center, honored with TheStadiumBusiness Awards’ 2013 Customer Experience Award and named SportsBusiness Journal's 2012 Sports Facility of the Year. 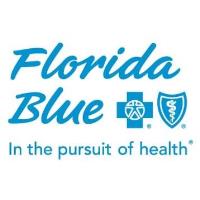