UCF Forum: When Flying is Truly Out of This World

It is hard to imagine what more breakthroughs can be achieved in flight...but just wait and see.

By Seetha Raghavan
UCF Forum columnist
My fascination with flight — like that of many others — is simple: There is something about the way an aircraft dances gracefully with the wind to lift itself off the ground, seemingly defying the impossible, that has always intrigued me.
One hundred and eighteen years have passed since the Wright brothers demonstrated the first, free, controlled and sustained flights in a power-driven, heavier-than-air machine, known as the Wright Flyer, at Kitty Hawk, NC. Since then, engineers around the world have successfully made some of the most amazing air vehicles that fly farther, faster and higher than we might ever have imagined.
The colossal Beluga XL cargo airplane, with a capacity of 56 tons or equivalently seven adult elephants, has the largest volume of any cargo aircraft in the world. The sleek SR-71 aircraft achieved a top speed of more than three times the speed of sound. The Solar Impulse aircraft traveled 25,000 miles around the world with 550 hours in the air while powered only by the sun.
Many of the innovations developed for flight, such as new lightweight materials and battery technology, have life-changing impact on earth. It is hard to imagine what more breakthroughs can be achieved in flight.
But approximately 162 million miles away, the Ingenuity helicopter, will soon attempt to make its first flight in the thin atmosphere of Mars. The flight of this aerial vehicle that hitched a ride to Mars on the Perseverance rover, is a historic milestone that will mark a pioneering attempt to demonstrate flight outside of our world.
This is a technology demonstration of epic proportions and the scientific challenges of this six-year quest cannot be understated. It is like inventing flight all over again with completely different harsh environments and challenges that will open up a universe of new possibilities and designs in the future.
My own perspectives of the wonder of flight have led me down the path to become an aerospace engineer and a student pilot.
Flying Fearless
“Let’s practice stalls today,” suggested my flight instructor as my eyes widened.
Stalls? My mind raced back to the Flight Envelope that I show my students every year in class, a diagram that identifies the safe operating limits of an aircraft. The curves define the speed at which stalls can happen, where the flow around your wing separates and you literally fall from the sky. Engineers provide this envelope with the goal of staying away from the stall and overload regions.
But here I was, with my airspeed below 50 knots, pulling up on the yoke, pointing higher and higher towards the sky, with my heart pounding while the warning horn blared, in anticipation of the moment the air releases its lift on my wings. And when it does, I swiftly lower my nose, apply full power and recover. Over the course of months, I would do this again and again until it was routine.
Lessons in flight could often relate to life in general. In effect, to overcome something that you lack confidence in, whether it is public speaking, coding or handling equipment, you might consider facing it head-on, sometimes again and again until the practice makes you almost fearless and completely prepared.
It was important to realize that making mistakes while learning was part of the process, that every mistake simply meant that I was challenging myself beyond my capabilities and stepping out of my comfort zone but improving with every step. It was less daunting when you knew someone was right next to you ready to jump in, until one day you realize you do not need them anymore.
Planning a flight, no matter how short, involves a myriad of activities and skills: aircraft weight and balance calculations, weather briefings, navigation information — because there is nothing like being fully prepared to overcome any challenge that comes in your way.
To this day, my heart still pounds in that moment of an impending stall, keeping me on much-needed high alert, but my confidence in knowing I can regain control has grown tremendously.
The Future of Flight
In the midst of the current practical standstill of air travel, contemplating the future of flight is perhaps the best forward-looking approach. Think of vertical take-off-and-landing air taxis for urban mobility, supersonic air travel that can get you across the world in half the current time, drones that will change the face of logistics, agriculture and healthcare delivery.
Meanwhile on Mars, Ingenuity is carrying a piece of fabric from the wing of the Wright Flyer, a symbol of how far we have come in this amazing journey of flight.
No matter what we achieve in these out-of-this-world flights that have been planned in the coming weeks, it will be a success simply because it represents humanity’s mighty aspirations and everything we will learn will eventually lead to successes and dreams beyond what we can imagine now.
Seetha Raghavan is a professor in UCF’s Department of Mechanical and Aerospace Engineering. She can be reached at seetha.raghavan@ucf.edu.
The UCF Forum is a weekly series of opinion columns from faculty, staff and students who serve on a panel for a year. A new column is posted each Wednesday on UCF Today and then broadcast on WUCF-FM (89.9) between 7:50 and 8 a.m. Sunday. Opinions expressed are those of the columnists, and are not necessarily shared by the University of Central Florida. 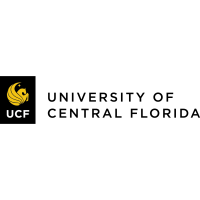